I'm A Woman In Love

Listening to songs is a must-do for me everyday when driving to and back from work. It happened that this evening the local radio station I listened to played this beautiful number "Woman In Love" by Barbara Streisand. It's an oldie but listening to it was so refreshing after a slogging day. I was immersed in the beautiful lyrics. I was lost in my dreams of how great love is! I imagined the peak of happiness one gets  when madly in love. Everything is so beautiful and nothing else matters. Love can also defy all barriers. One is willing to sacrifice anything in the name of love. How strong the power of love is!

Love at its peak is sweet as honey,
That it is seen everywhere,
Among the trees, the wind and the sky,
But when something goes wrong somewhere,
It makes a U-turn and becomes sour,
Even more sour than vinegar,
Till no love bird could withstand it,
Pretty soon it gets over fermented,
And all dreams turn to trash!

I might not be the woman in love but it doesn't stop me from loving this song and singing along. C'mon, let's karaoke! 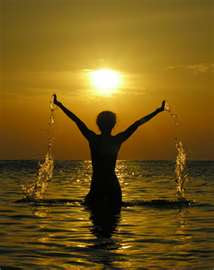 Whisking the gloominess away,
Putting afar from a heart swollen,
Bearing the pain till it subsides,
But a moon distant.......slowly,
Grasping rays that lead to hope,
A life's quantum leap. 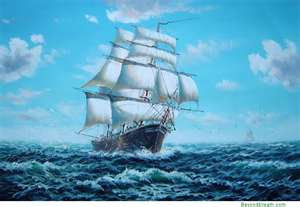 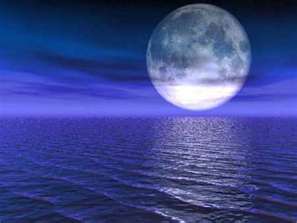 (1)
The soul relaxes,
As the night breeze brushes by,
Above, the moon smiles.

(2)
The moonlight flickers,
Among groups of passing clouds,
My heart skips a beat. 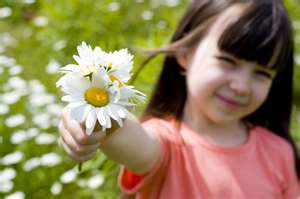 The smile on your face
is so sweet that it beats the
heat of midday sun.

After a 3-day-stay in Malacca, my next trip was to Penang, an island which was once known as "Pearl Of The Orient". This small island is to the north of Peninsular Malaysia. Apart from Malacca, Penang's George Town was also officially recognised as UNESCO World Heritage site in 2007.
We visited some interesting places such as The Chocolate Boutique, Coffee Tree shop, the old mosque, recreational ground, shopping complexes, to name a few but unfortunately, I wasn't able to take many photos because my camera's battery was dead!

Labels: Holiday, Places Links to this post
Email ThisBlogThis!Share to TwitterShare to FacebookShare to Pinterest
Posted by Balqis DBJ at Tuesday, June 21, 2011 2 comments

On the second day of our trip to Malacca, we were enjoying ourselves sightseeing in the beautifully decorated bicycle rickshaws. The owners brought us to most of the tourist spots. One is traditional houses in Kampung Morten (Morten Village). We were brought to a penghulu's (headman) house.  It is one of the best traditional houses that I have ever seen. The house displays the beautiful living room, dining room, bedroom, decorated dais for a wedding ceremony and some antiques that are as old as 200 years! 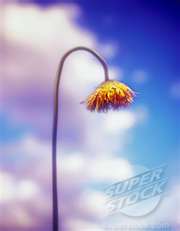 In times, I struggle and need help,
Would you let my heart feels
the warmth of your hands,
That offer assistance and generate
a satisfaction for my well-being?

Would you listen to the ticks of the clock
That as time goes by, I'm fine and my soul
isn't deprived of the needs to stay alive,
Would you spare a minute to let good words
flood my mind, nurturing it and chasing bad ones out?

Would you care to see that I'm not drown
in the bitterness which is toxic and will
kill me slowly, a silent killer that I'm unwary of,
Won't it be painful for you to see me grasping
for dear life when the time comes for me to leave?

Why can't you see, understand and feel
What I am feeling and if the bitterness
is sweetness for you, how unfair is
the antonym that ruins one and spares another.

Was on a short break and recently visited a few cities in Peninsular Malaysia. The first destination was Malacca, the World Heritage City. Going to this city will make anyone think of its renowned history which was once controlled by Portugal, Netherlands and Britain.

A must visit site is A Famosa, a Portuguese fortress which means "The Famous" in Portuguese. The fortress was built in 1511. The only remaining part is Porta de Santiago, a small gate house.

On a hill behind the A Famosa is St Francis Xavier Church. There are some gravestones in it. It was built in 1849. 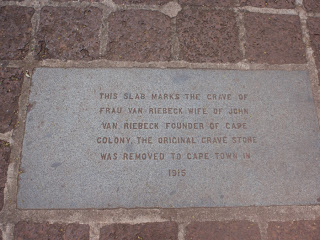 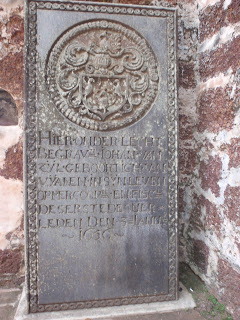 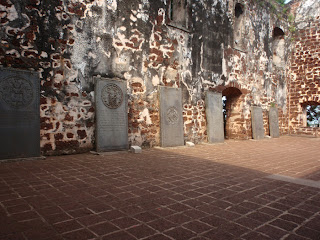 Another historical site is the red buildings, The Stadhuys, reflecting Dutch architecture and built in 1650 as a residence to Dutch Governor and his deputy. Originally, it was painted white. Now, it is the Museum of History and Ethnology. 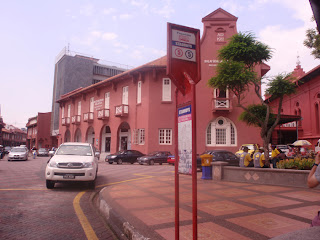 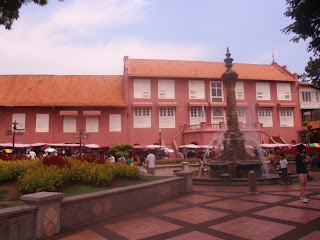 It won't be complete without including the British architecture. This beautiful building is now a Memorial Museum. 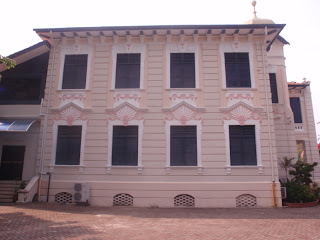 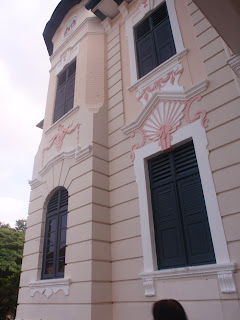 Another tourist attraction is the Maritime Museum. I took this picture from Taming Sari Tower at a height of 280 feet. 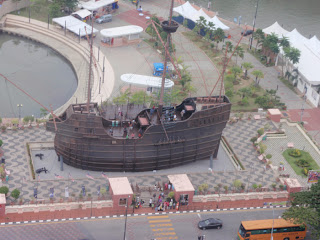 This is part of what was written on a slate at the museum's entrance.

Herein lies in the cargo hold invaluable treasures of the nation taken away by the colonial masters after they had captured Malacca in 1511. The ship sank on January 26, 1512 in the Straits of Malacca on her voyage to Europe.

It had been an enjoyable and interesting trip for me. For awhile, when looking at the architecture of the buildings, I felt I was somewhere in Europe.

Source (for some facts) : en.wikipedia.org/wiki/Malacca
All photos were taken by yours truly. I didn't watermark the photos.

There are questions to be answered,
But there are answers that remain idle,
The mind goes nowhere but around
and around and the questions remain
..............unanswered... 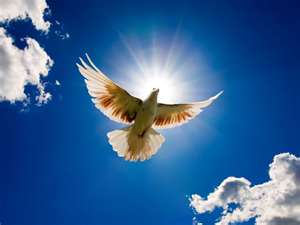 Unexplainable,
A sudden rush of sadness,
That steps into this heart,
It shouldn't be but it bores
deeper, though will be
gone like a wind,
In a blink back to where
I belong.
Just a little note,
Balqis
June 6th'11
Monday morning
Image :  picasaweb.google.com
Labels: Note, Poem Links to this post
Email ThisBlogThis!Share to TwitterShare to FacebookShare to Pinterest
Posted by Balqis DBJ at Monday, June 06, 2011 15 comments

Haiku - The Juice Of Life 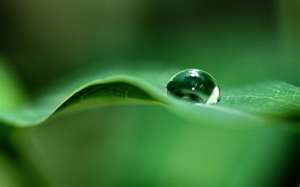 Life smiles at the world,
Morning glows in songs of birds,
A gift so divine.


Dews rest on flowers,
In a Garden of Beauty,
A great juice of life.

You Will Forever Be In My Heart

This is one of my favourite songs by Kris Dayanti, an Indonesian diva, entitled "Kamu Di Hatiku Selamanya". Literally translated, "You Will Forever Be In My Heart".

Here are the lyrics.


This is my translation to English. It isn't an exact translation for every line but more to my understanding of the original lyrics.


You Will Forever Be In My Heart

It's been a long time I have been with you
Sharing together the love and feelings
As we go on, we see the differences between us
But I don't expect our love ends too soon 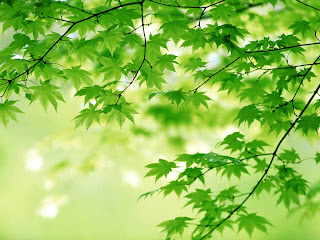 The air I breath so pure,
Which I'd love to breath
a thousand years more.


The smell of fresh grass,
Calming green everywhere,
How long will it last?


Flowers in exotic bloom,
A beauty indescribable,
My heart's out of gloom. 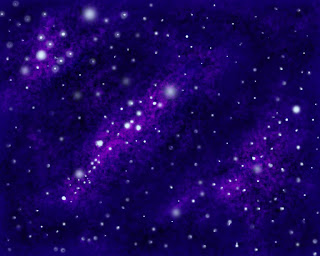 On a starry night,
Admiration fills the eyes,
The heart skips a beat.


Diamond-like beauty,
As though a night for lovers,
Romantic ambience.