Bintulu played a very significant role in the history of democracy in Sarawak. On September 8, 1867, it became the first meeting venue of the State Legislative Assembly, the Council Negri.
With Charles Brooke, the second white Rajah of Sarawak chairing the meeting, there sat five of his British Officers namely James B. Cruickshank, William H. Roadway, Alfred Gouhton, Thomas S. Chapman H. Nelson and 15 Malay and Melanau members (Chiefs) to mark a new era to conduct the state's affairs.
During the inaugural General Council Meeting, the most brought up agenda in connection with the General Procedure was more on the maiden speech by the Tuan Yang Di-Pertua.
The second General Council Meeting was held in Sibu on 15 June 1868 and the third was held in Kuching on 11 October 1970.
From then on, the meetings were held in Kuching at His Majesty's Istana (palace), which was the official resident of Brooke and then later the meeting was held at the Courthouse building once in three years until 1900. According to data, most of the agendas brought up in the General Council Meetings were the discussion to widen the regional boundary and on the pirates activities.
After 1900, the General Council Meeting talked more on the agricultural and financial development of the state. 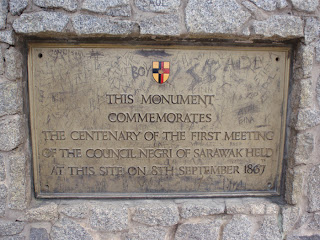 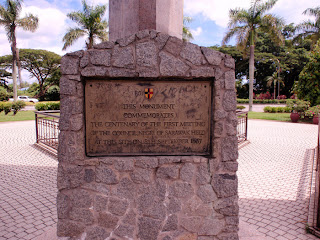